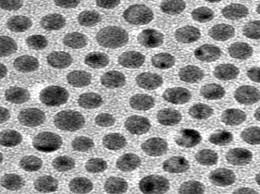 Research has been undertaken to establish whether DNA can effectively transport electrons. This ability could play an important role in acting as a repair mechanism to the DNA helix, should it suffer radiation damage. Furthermore, recent results have shown that DNA can carry an electrical current on a par with conducting polymers and the best of semiconductors. This suggests that DNA could be used as a component in the manufacture of micro-electronic devices.

Nanotechnology and the iPod

“The iPod? I haven’t given it a great deal of thought. It’s cool and seems very clever!” 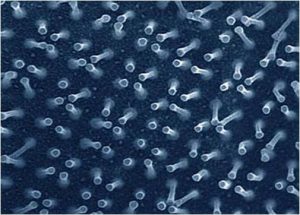 This movie uses interviews with people on the street and contributions from members of staff at both the University of Sheffield and Sheffield Hallam University, to explore some of the science behind the iPod’s capacity to store large amounts of music and other data in such a small space. You can get songs and videos off the internet, store and play them whenever you want, but what enables it to do this?

At the heart of an MP3 player such as the iPod is a small hard drive that works in a similar way to a stylus on a record player; except in this case, the record is a magnetic disc, on which the music is stored digitally and the stylus is a very sensitive pickup. This minute read head is an example of nanotechnology in action; it is made of a sandwich of very narrow layers of magnetic and non-magnetic materials. When this read head is exposed to a small change in magnetic field, it experiences a large change in electrical resistance. This effect is called Giant Magnetoresistance (GMR) and is central to all modern, high capacity disc drives.

Albert Fert and Peter Grünberg were both awarded the Nobel Prize for Physics 2007 for their discovery of GMR, back in 1988.