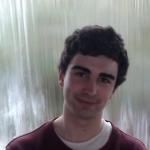 Guy Reading started his BSc in Nanotechnology in 2008 and went on to complete his MSc in Nanomechanics and Nanoelectronics in the summer of 2012. Since leaving Leeds Guy went on to join the company ‘e2v’ in 2013 to work in the imaging department, which specialises in making the ‘eyes’ of satellites and telescopes. Guy’s role within the company so far has been diverse, where, among other things, he’s been asked to evaluate what factors give rise to errors in a piece of equipment that e2v uses, and been asked to qualify a material that e2v uses to create its devices – to make sure the material can withstand the extreme atmospheres it may face in space and other environments.

Mark Robbins completed his MSc in Nanomaterials for Nanoengineering in 2011. He now works for European Thermodynamics Ltd, a company based in Leicester which specializes in the design, manufacture and supply of bespoke and high performance thermal management products for OEM manufactures of enclosure-based electronics & electrical equipment. His role as a research scientist is to develop new thermoelectric devices using novel materials for energy harvesting in industrial processes. 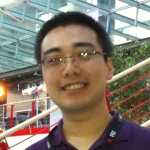 Xiaoke Mu joined nanofolio in 2009, coming from China via Sheffield International College, to study for the MSc Nanomaterials for Nanoengineering. He completed with a high merit degree in 2011, including a project work on nanoporous aluminium oxide, which is now published in a refereed journal in his name. He moved on to study for PhD at the Max-Planck-Institutes in Stuttgart, Germany, about atomic structures of amorphous solids. 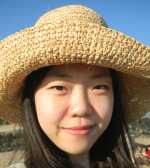 Wangshu Li joined nanofolio in 2010, coming from China, studying for the MSc Nanomaterials for Nanoengineering. She completed the course with a high merit degree in 2011 working on a research project about ion beam irradiation and pattern transfer from mask to substrate on the sub-50nm nanoscale. She moved on to work in a research team at company ABB of Sweden. 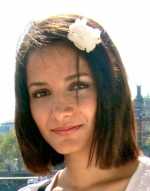 Hanifeh Zarezadeh completed her MSc degree in Nanomaterials for Nanoengineering with distinction in 2011. During her project she worked on producing zinc oxide nanorods for biosensing. In particular, she studied electrochemical glucose biosensors based on zinc oxide nanorods. Currently, she is studying as a research assistant at the University of Sheffield on responsive hydrogels for biosensors, and she applies her knowledge about nanomaterials in this project. 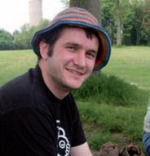 Nick Hardman completed his MSc in Nanoelectronics and Nanomechanics in 2007. He now works for AGR Automation, based in Arbroath in Scotland. His role as a software engineer involves writing code to integrate manufacturing technology such as vision guided robots, rotary or linear drive based transport systems and feeding technology. 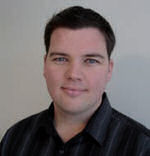 Michael Measures graduated with distinction from his MSc in Nanoscale Science and Technology in 2004. He now works as a Product Delivery Manager for Avacta Group Plc, a scientific company that provides innovative, high value technology and services for bioscience and diagnostics. His role is to manage a team of electronic, mechanical and software engineers, plus application scientists, to realise new and innovative products. 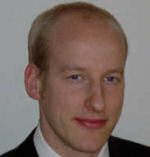 Roland Gentemann graduated from his MSc in Nanoscale Science and Technology in 2002 which he followed with a PhD which he completed in 2007. Since then he has been working as a research and development engineer for Wilo in Germany, one of the leading manufacturers of pumps and pump systems for heating, cooling and airconditioning technology and for water supply and sewage disposal. 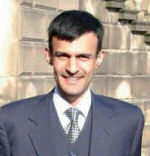 Dr Sahibzada Mikael Ali Khan graduated with distinction from his MSc in Nanoscale Science and Technology in 2004, going on to complete a PhD at the University of Leeds.

Mikael completed his PhD thanks to a prestigious Overseas Research Scholarship. He was also awarded the Peter Wilson Gold medal for his PhD, which is co-sponsored by British Nuclear Fuels Limited.

He started work in research and development in the solar industry as a Manager of Current Collection Systems at Dyesol, and is now the ‘Lead Scientist’ for the TATA Steel-Dyesol U.K. project at Shotton, North Wales. His team recently created the world’s largest dye-sensitized photovoltaic module: 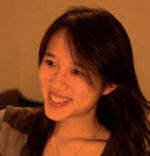 Sarah Pan completed her MSc in Nanoscience and Technology in 2003. After completing her PhD, she now works in Copenhagen as a research scientist at Haldor Topsøe A/S, a Danish company specialising in catalysis and technology optimisation. 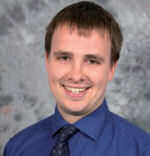 Jamie Fox was one of the early pioneers of the Nanofolio programme and graduated in 2003. Jamie is now a market analyst at IMS Research specialising in the electronics and semiconductor industries. He is involved in producing detailed quantitative assessments of current and future market revenues and shipments of components and devices, in order to analyse and forecast the market. 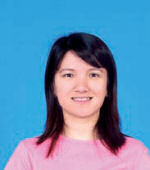 Cheen Cheen Dang completed her MSc in Nanoscale Science and Technology in 2005. She now works back in her native Malaysia as a Senior Marketing Executive for SumiMa Sdn Bhd, a Malaysian-based company that trades organic chemicals.